Very similar to the Air Jordan 11 Jeter that was an exclusive release limited to only 5 pairs, each were released via a scratch-off auction at a pop-up shop outside of Yankee Stadium.

This Air Jordan 11 Low will come constructed in the same Navy Blue suede upper and waxed laces for a premium look. A White midsole and milky translucent outsole completes the design. Other details includes Jeter’s number 2 stitched on the heels, along with “RE2PECT” and “2” on the insoles.

Look for the Air Jordan 11 Low “RE2PECT” to release on May 14th at select Jordan Brand retailers. The retail price tag is set at $200 USD. 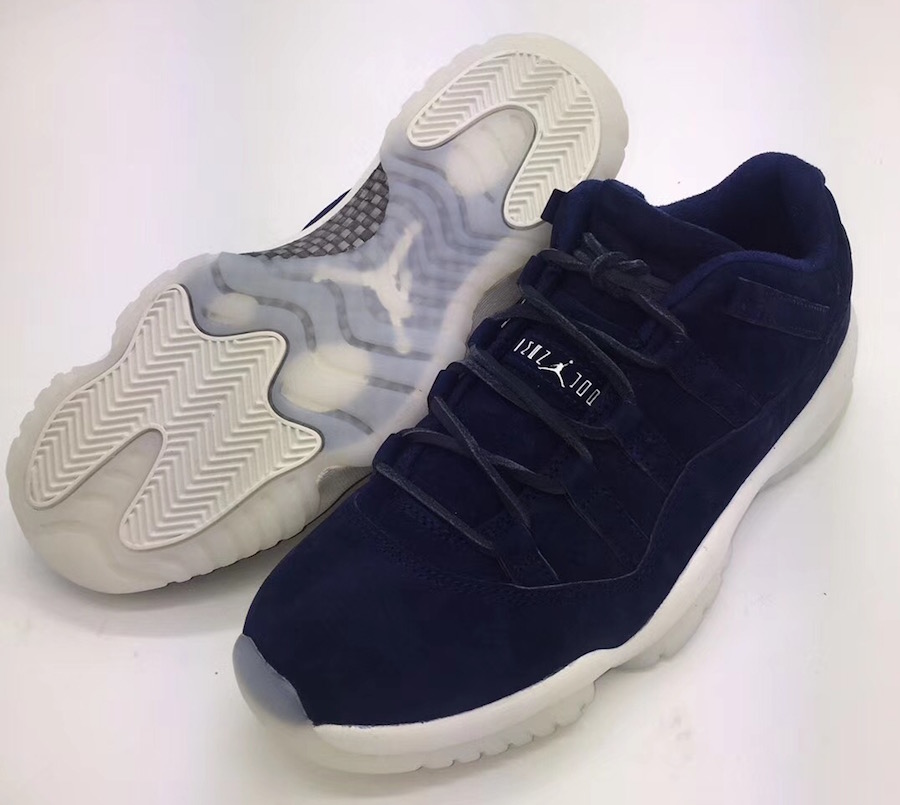